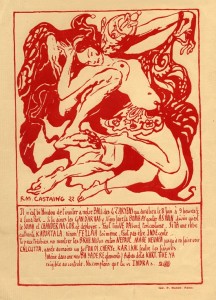 The originals in Paris were very risque, based on this account by Prince Yussupov, Rasputin’s assassin:

“I spent some time in Paris toward the end of the holidays; I saw Jacques de Beistegui again, and we had a very good time before returning to Oxford. The Bal des Quat’z Arts was about to take place. I had heard so much about it that I was most anxious to see it, and Beistegui and I decided we would go. The question of costumes was simplified by the fact that prehistoric dress was de rigueur that year. A leopard skin was all that was needed. Beistegui, who never liked to waste money, bought an imitation skin and rigged himself out in a blond wig with two braids, which made him look more like a valkyrie than a cavedweller. As for myself, Diaghilev lent me the costume worn by Nijinsky in Daphnis et Chloe: a leopard skin and the big straw hat worn by Arcadian shepherds, tied round the neck and hanging over the shoulders.

The ball was a great disappointment. Never in my life have I seen anything so disgusting. A crowd of half-naked people rushing about excitedly in an overheated atmosphere heavy with the odor of perspiring bodies. Nakedness, which can be so chaste when associated with youth and beauty, is obscene in the old and the ugly. Most of the people at the ball were hideous, and all of them were drunk; they had lost all sense of decency and gave free play to their bestiality. Sickened by this revolting spectacle, we left early. Our leopard skins had been torn from us; nothing remained of our costumes but Jacques’s blond wig and my Arcadian hat.”

The tradition of Artists Balls  spread to the United States, but they were a more staid affair there.  Here’s some accounts of Beaux Arts Balls in Richmond and New York. 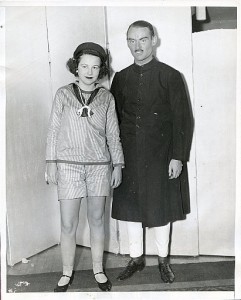 The tradition of Beaux Arts Balls is being revived in many Art Museums and Architecture schools in the United States. And now, we’re bringing it to Perth, Western Australia.

“We” are VJzoo – Jasper Cook and Kat Black. We’re basically just people who want to see something like this happening in our fair city, so we’re jumping on in. 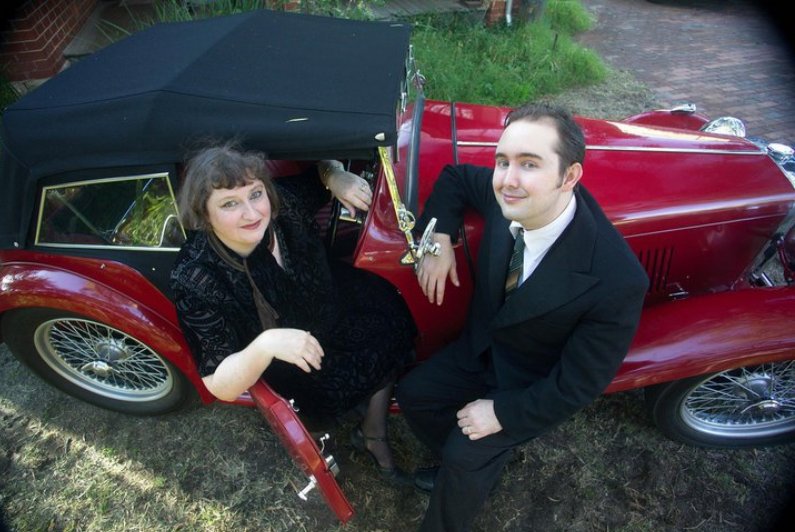